“Those who professed a religion of non-Indian origin or coming to India, settled down there, became distinctively Indian in course of a few generations, such as Christians, Jews, Parsees, and Muslims. Indian converts to some of these religions never ceased to be Indians on account of a change of their faith.” (The Discovery of India – Jawaharlal Nehru, p-62).

Pandit Nehru’s memorable words corroborate the fact that the Indian converts are natural-born Indians and not naturalized Indians in any way and should be treated like Indians as such. Simply because they have undergone proselytization and have embraced non-Indian religions like Christianity and Islam do not make them fewer Indians than their Hindu counterparts. Therefore, depriving them of their legitimate rights, such as reservation in jobs on the pretext of adopting non-Indian religion tantamount to the negation of democratic rights and denial of natural justice. Demographic mobility is a universal phenomenon and cannot be stopped under any circumstance. Foreigners such as Aryans have come to India thousands of years ago and have permanently settled down here. Similarly, the indentured labourers from India who were transported by the Britishers to Fiji, Mauritius, and the Caribbean during the British Raj dissolved in the native population.

The Dalit Christians in India, the descendants of the Hindu Dalits of yore are not foreign migrants. So, they have a moral right to avail of all those privileges that are usually given to the Hindu Dalits. In India, reservation facilities have been extended to Dalit Sikhs in 1956 and to Neo-Buddhists in 1990 by amending the Para(3) of the Constitution (Scheduled Caste) Order,1950 or The Presidential Order,1950. This Constitutional Order has come as a surprise for the Dalit Christians who have been waging a long battle for the fulfillment of their goals, that is, reservation in jobs in particular and reservation of seats in state and Central legislatures in general.

True, the extension of reservation facilities to the Dalit Sikhs and Dalit Buddhists is a humanitarian act of the Government of India but seems paradoxical as it denies the same to the Dalit Christians on the plea of religion. This Constitutional Order certainly goes against Nehru’s clarification of Indianness in his book “The Discovery of India”.

Moreover, this Order has not only made the Dalit Christians the victims of political discrimination and but also has shattered their hope of achieving their goal. The success of a truly democratic country is evaluated by the welfare measures it undertakes for its minority communities and weaker sections. The welfare measures inter alia include reservation facilities in jobs too especially in the Indian context.

The Ranganath Mishra Commission constituted by the Government of India on October 29, 2004, to look into the various issues of the linguistic and religious minorities of India inter alia recommended –10% quotas for Muslims and 5% for other minorities in government jobs and educational institutions; reserves 8.4% out of Other Backward Class (OBC) quotas of 27% for the minorities and Dalit Converts.

Moreover, the Rajinder Sachar Committee that was appointed by the Manmohan Singh Government in 2005 almost echoed the voice of the Ranganath Commission. It looked into the plight of the Muslim community of India and expressed deep concern over their backwardness and felt that their condition was worse than that of the Scheduled Castes (SCs) and Scheduled Tribes (STs). It further recommended the formation of an Equal Opportunity Commission to uplift the marginalized Muslims in India.

Late A.R. Antulay, the Union Minister of Minority Affairs in the Manmohan Singh Government of 14 Lok Sabha (2004- 2009) strongly recommended the inclusion of Dalit Christians and Dalit Muslims in the Reservation Policy of India that was being followed in employment. However, there were no takers for his suggestion. Dr. B R Ambedkar had submitted a memorandum titled “States and Minorities” to the Constituent Assembly in 1946 in which he had demanded adequate safeguards for the SCs and religious minorities against the tyranny and discrimination of the majority. Moreover, the demand for reservation for religious minorities in Parliament and State Assemblies as well as in jobs was rejected by the Constituent Assembly.

Some 74 years have already elapsed after the independence of India, but the mission of the Dalit Christians has not been fulfilled. Their poignant struggle continues and the goal seems like a distant dream. The Powers-that-be should look into the problems of this hapless community from a broad perspective and implement reservation policy for them to ameliorate their condition. 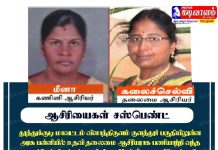 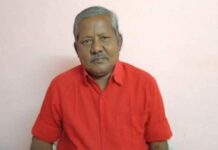 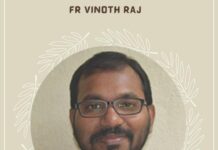 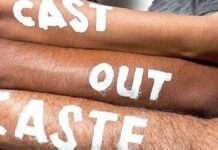