Police in the national capital of India have arrested four suspects, including a priest at a city crematorium, in connection with the gang rape and murder of a minor Dalit girl from a slum area.

The brutal crime, after which the nine-year-old victim was cremated by coercing her mother under a false pretext, has sparked angry protests across the country seeking the death penalty for those found guilty.

“We condemn the heinous crime and appeal to the federal as well as the state government to take strict action so that a message goes out that all are equal before the law of the land,” Father Vijay Kumar Nayak, secretary of the Indian Catholic bishops’ office for Dalits and lower classes, told UCA News.Donate to UCA News with a monthly contribution of your choice

Father Nayak said Dalits and other discriminated communities are always at the receiving end of caste atrocities perpetrated by the high and mighty in Indian society. They are unable to defend themselves due to poverty, illiteracy and social support systems, he said.

The brutal crime in Delhi reminded Indians of an equally heinous incident reported from Hathras, a village in the northern state of Uttar Pradesh, where, barely a year ago, a 20-year-old Dalit girl was raped and quietly cremated in the dark of night without the consent of her family.

Father Nayak was reminded of the nationwide protests in the wake of the Hathras case. “But what happened in the end? The predators are still roaming freely,” he said, adding that unless government takes some serious steps such incidents cannot be curbed.

Police said the minor girl lived in a slum near the crematorium and had gone there to fetch water on the evening of Aug. 1. The priest there and his three friends, who were known to the family, summoned the girl’s mother some time later.

They showed her daughter’s body and claimed she was electrocuted while operating the water cooler inside the crematorium premises. The mother was dissuaded from informing police and the body was cremated, police said.

The family later raised an alarm alerting the neighborhood. It was then that police were alerted and a case was registered.

An official investigating the case said that based on the statement of the victim’s mother, charges of rape have been mentioned in the first information report.

Human rights activist A.C. Michael told UCA News that the brutal rape and murder of a minor Dalit girl in the national capital was “a reminder that we are yet to overcome the age-old, evil caste system.”

Michael, a former member of the Delhi Minorities Commission, said he did not see any hope for the country unless politicians changed their ways when dealing with human rights abuses.

Bezwada Wilson, a Dalit Christian and winner of the Ramon Magsaysay Award, took to social media to express his anguish.

“Hathras horror repeated in Delhi. A Dalit girl allegedly raped inside crematorium and cremated by a priest without consent of family. Police as usual trying to do all type of hush up. Are we going to be silent spectators to such horrific crimes again?” he asked.

Official data shows 201 million of India’s 1.2 billion people are Dalits, who were formerly untouchables in its ancient caste structure. Around 60 percent of India’s 25 million Christians are from Dalit and tribal origins.

Let the Laity be heard and clericalism give way

Dalit Solidarity reaches out to the needy 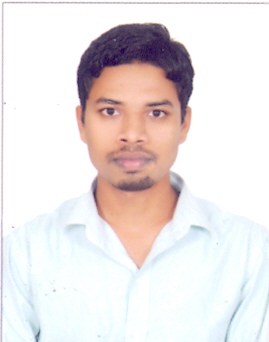 Indian martyr, six others to be canonized next year