Bhubaneswar, Oct 17, 2021: The recently published Global Hunger Index shows that hunger level in India is “serious” and food activists in the country say Dalit and Tribal communities bear the brunt of it.

The hunger index ranks India at 101 among 116 countries in the world paints, an alarming picture. What is worrisome is that India ranked 94 a year ago.

The Indian government called the report “shocking” and “devoid of ground reality” but the activists the report is a shame and scandalous reality of the country.

“The hungry are basically Adivasis, Dalits, and minorities because they are constantly victims of all policies and decisions of the government these days. Most of them are victims of Hunger induced migration,” says Jesuit Father Irudhaya Jothi, a food activist in India’s West Bengal state, now a missionary in Tripura.

While explaining how many Dalits and Adivasis are excluded from getting free ration, he referred to a news item that in March; the Mint reported that the government cancelled 30 million ration cards for not linking to Aadhar. Most of them are poor migrants, Dalits, and Adivasis. They are one and the same. The Supreme Court of India thought it was serious, but did little about it.

According to the major findings of the Hunger Watch Survey conducted by the West Bengal Right to Food Campaign, the maximum people who are hungry were Dalits, Adivasis, women, and children. One in 5 five families of 3,000- sample households were Dalit, Adivasi, and Minorities.

The percentage of those who had to skip a meal or some meals has doubled among the Dalits, Tribals, and migrants.

Inequality and the uneven distribution of affluence are the main reason for extreme hunger and poverty. India grows more food, wastes more, while more go hungry, the Food Corporation of India warehouses continue to overflow. Some have too much to waste, some have no access. This shows the apathy of the sabka saath sabka Vikas government towards the starving population, father Jothi told to Matters India.

Reacting to the hunger index report, Sameet Panda, the co-convener of Odisha Right to Food Campaign, says Dalit and Tribal communities are vulnerable when it comes to food security.

The ongoing pandemic has restricted their movement, destroyed informal work reducing their income in a big way. The destruction of forests has also worsened the availability of forest-based food sources for the tribal communities. “We need serious efforts to improve their situation,” he asserted.

Panda also explained, the index report is based on the values of four indicators — undernourishment, child wasting, child stunting, and child mortality. People who have a full meal on just rice may not have hunger but they can have several nutritional problems.

“The government has several schemes for children yet unless fat and protein are added; stunting and wasting among children cannot be solved. We have been demanding this but the government has not granted our requests,” he said.

The survey was conducted in 20 states and three Union Territories last summer.

Jugal Kishore Ranjit, a Dalit activist, says until now most people in rural Odisha cannot get a balanced diet because of poverty and lack of awareness. People still eat stale rice with salt as their daily food and they hardly eat meat. This is how it contributes to hunger and ill health situation in rural Odisha.

According to a Reuters report, India is the world’s biggest rice exporter and second-biggest rice and wheat producer. The report also says rice output this year was an estimated 120.32 million tons. It needs only one-third of the total production to feed its population.

The Right to Food Campaign India reported at least 57 fatalities were starvation-induced in March this year. They are weak socioeconomically like the Particularly Vulnerable Tribal Groups, Dalits, Adivasis, daily wage workers, and nomads.

Dalits and Adivasis are historically and structurally exploited. It is so unfortunate, even the food security scheme largely excludes them. Compulsory linkage of Aadhar makes them most vulnerable to access any social schemes.

Reports say even the Mahatma Gandhi National Rural Employment Guarantee Scheme or MGNREGS, eludes Dalits and Tribals from distributing work if they are other job cardholders.

It is indeed a big concern. The government should not use the “devoid of reality” excuse to dismiss the hunger index. Instead, it should join civil society organizations, and the Church to take responsibility to reach out to those seriously hungry.

Kerala High Court on Canon Law – Its ramifications are revolutionary

Christians urged to stand with Dalits in India 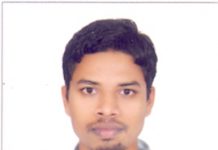 How State can benefit from quality education to SCs, STs