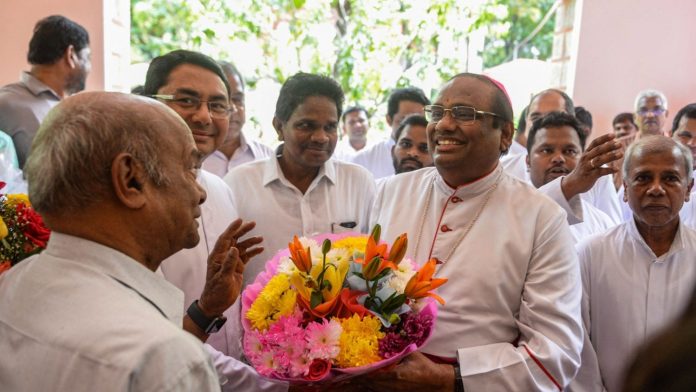 In a wide-ranging interview, the first “Dalit” Cardinal in history, Cardinal-elect Anthony Poola of Hyderabad, India, who will receive the red hat at the 27 August Consistory, describes his mission as “helping as many poor children as possible”, and reflects on serving India’s poorest and often-forgotten “untouchables.”

The first “Dalit” Cardinal in history, Archbishop Anthony Poola of Hyderabad, India, who will be created Cardinal at the 27 August Consistory, says his mission had been “to help as many poor children as possible.”

Derived from Sanskrit, the word “Dalit” means “broken” or “downtrodden,” and refers to those so low in ‎social status ‎that they are considered outcasts or outside the four-tier caste system of Hindu society. Often referred to as “untouchables,” these people have been greatly exploited and subject to atrocities.

In a wide-ranging interview with Vatican News, the 60-year-old future Cardinal reflects on how the caste system, even if technically abolished, still has remnants, what it is like serving India’s ‘untouchables’, and the current state of religious freedom for India’s small Christian minority.

Q: What were you doing when you learned that Pope Francis nominated you to be cardinal?

I was in Kerala State that day to attend the Golden Jubilee valedictory function of CCR, the Catholic Charismatic Renewal moment. Some of my friends from Sardinia and Catania sent a message to me. Congratulations to you for being appointed as Cardinal. My friend doesn’t understand English so well. Then I said I am only Archbishop of Hyderabad, and not Cardinal; and it is 14 months that I have been serving here. Then they sent the link. This is what Pope Francis announced today. They told me your name is there at 17 minutes, 12 or 13 seconds, or something like that.

Q: What does the nomination mean to you personally and how do you most look forward to helping the Holy Father and advising Pope Francis?

I was in shock. It was like surprise news for me, that I never expected. I never dreamt. But for me, I feel it is the Grace of God and it is His will through Pope Francis, that I receive the call. Pope Francis, our Holy Father. I deem it as a great opportunity for me to serve the people, to serve the people in South India and all sectors of the people, especially Telugu States of Telangana and Andhra Pradesh.

Q: How do you interpret Pope Francis having chosen the first “Dalit” cardinal in history? What message do you believe the Holy Father is trying to send?

I understood from when Pope Francis had taken up the office of pontiff. He has been, what I understood personally: Love, compassion and reaching out to the periphery, the poorest of the poor. That’s why as we always give priority to the poor and marginalized, we have a strong message of “a poor Church for the poor.” I can say whenever some kind of destruction came, through a cyclone or other natural disasters, or recently the outbreak of war between Russia and Ukraine, I see the concern of the Holy Father toward all the people of the universe. In a special way, I think, maybe this is a situation where the Pope is expecting me to solve the problems of the poor, need marginalized, and maybe also Dalits. This doesn’t mean that we ignore the other people who are under our care as shepherds. It is my responsibility to take care of all the people entrusted to me according to their needs.

Q: And the caste system in India technically has been abolished. But what really is the situation on the ground?

The caste system [was] abolished, we can say, but there are some social factors. Well, we cannot completely say that they’ve been abolished. But the real situation and the ground reality, as for your question, there are some differences. There are some people who are really fighting for recognition of their talent and the different activities they are doing. Long ago, there was no possibility for Dalit, “the untouchables” to have access to school or education. But now the government in India, especially in our states, Telangana and Andhra Pradesh where I come from, there are greater opportunities given to these marginalized, poor and Dalits, which also respects and encourages the poor people to go to school and pursue studies. Some become well-educated and are looking for a life. But they are treated differently as they aren’t ‘locals.’ There is a little bit of jealousy among human nature. I think what I expect from the people and what we try to practice, is raising awareness about people and situations, also these good situations, and trying to bring equality among all people.

Q: Could you give an example of something that you’ve seen in your ministry to the Dalit people or to the poorest people of India that has particularly moved you or left a lasting impression?

Where I was born, Kurnool Diocese, is my native diocese. But I studied for Kadapa Diocese, which is a neighboring diocese to Kurnool Diocese. I signed up after my graduation as a seminarian and as a priest; my interest was to serve the people, whether on the parish level and deanery level or in the institution and I served as the in charge for sponsorship program, etc… But there are remote villages in every parish. These places are very poor and drought prone areas. When we have to go to the villages. We can only go in the evening as people will go for work during the day as you know, but they will come only by evening and they will be there. We ring the bell at the church and we gather the children and teach catechism. And people sometimes have to cook and come to the church. So that was wonderful to watch. That made me move with compassion and love, and especially a great responsibility I felt to the children to give them a gift of education because they don’t have money or assets to sell. But if you give education for them, that will be a great gift. I am looking into my own life story.

After seventh grade I had to take a break because of poverty. I thought that is the end of my education. But it was mainly missionaries who took interest and brought me to Kadapa and helped me go for education. Therefore, after my B.A., that is a graduation course, I felt that I don’t have any connection with this missionary. But they took charge of me and helped me go to school and made me a worthwhile. That is the reason why I want to join the seminary. I went to Kadapa.

I studied and my intention was to help as many poor children as possible. So, then I took this work and as a priest, as I was visiting villages and wherever I worked as a parish priest. This was a beautiful moment for me. It is that way whenever I see the poor children. So, I myself take them in my car and put them in boarding homes. The lay missionaries also had a jeep. In those days, there were trunk boxes, those who go to hostels used these boxes to put their uniforms, the plate and plus everything they carry. And they take the children and entrust in the boarding to the director, which is in the parish or in the school. That impressed me. That’s why I tried to do much ministry in the villages.

Q: This inspired your ministry?

All my life I have been a simple priest, simple missionary. I worked almost ten years as missionary. Then couple of years I went to the USA to pursue some studies, but I did mostly the parish work as an associate. When I came back again, I was given the sponsorship program. I was also in charge like a deputy manager of all Catholic schools in the diocese. There I had a vibrant ministry to reach out these poor people. Some 90% of them are Dalit, marginalized. There are also other sections where there are poor people where we need to attend to their needs.

Q: What types of discrimination or mistreatment have you seen?

Discrimination in the sense of my personal life and childhood. There is a system in the village. There’s a social stigma. What are we going to do? We can’t help it. Our houses used to be at the north end of the village to the corner of the village. When we go to the higher caste people, sometimes, when we are thirsty, there used to be a well. When we are thirsty, they will pour in our hand, and we have to drink water. But that didn’t make me tired and wasn’t painful. We accepted that social stigma. But this type of discrimination was not seen in the town or the biggest cities, but in remote villages. Now that practice is not there, I mean, the drinking from your hand or using separate plates and glasses for the Dalits. This is a little bit discrimination.

Q: Have you ever felt in danger doing your work?

See, we have the freedom of religion. Any Indian citizen has the freedom to exercise, to accept any religion and live accordingly. In South India, with my experience, I can say we are very free and in the political parties also we don’t take any side. Anybody who is in authority, we give our 100% full cooperation to them. I didn’t have any experience of danger doing my work because we also don’t show any discrimination with regard to Hindus, Muslims and Christians. We treat them equally and we consider all of them as God’s children.

Q: How is the situation for the Christian minority in India in general today?

In general, some kind of threat has been created, because some incidents are taking place in different parts of India, especially in the north of India, also in the south of India. There are some fanatic groups. But when we approach the government, they are very cooperative, understanding and amicable. They try to solve the problems. But in Karnataka, the destruction of some statues and other things was disappointing for us. But here, in some places, very minor incidents have taken place. But when we approached the government, security is promised to us totally 100%, I can say.

Q: Do you have a specific devotion or saint you pray to often who helps you from day to day?

Whenever I am difficulties in need, I pray. I pray to Mother Mary, where I experience the consolation. Turning to prayer, all my work, and with all my work problems or other problems, I have experienced success.  Since my name is Anthony, I have also devotion to Saint Anthony of Padua. Whenever I pray, I can firmly say I had help through the powerful intercession of Mother Mary and also the invocation of Saint Anthony of Padua. 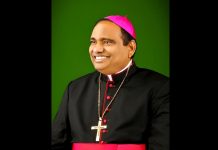 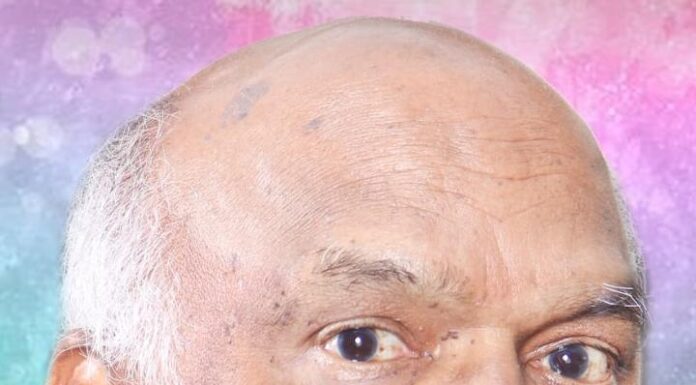