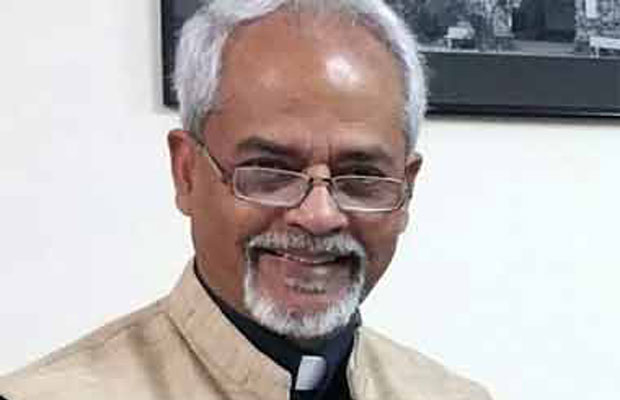 Crisis, we are told, denotes the outbreak of truth. Human beings choose, for the most part, to live in a world of make-believe. That is because they cannot stand too much of reality. Demagogues know this. So, they hard-sell dreams and delusions, which suffice so long as a spurious sort of normalcy prevails. Come the moment of crisis, reality, collaboratively denied till then, breaks out with a vengeance.

Modi arrived on the scene of national politics with the promise, reminiscent of Henry David Thoreau, of ‘minimum government and maximum governance. Everyone loved the phrase. No one asked what it would entail. When a whole of people are enamoured of sound to the detriment of sense, oratory to the derogation of sincerity, the sonority of declamations is equated with its truth-value. A whole nation got excited at the prospect of ‘minimum governance’ which was, tantalisingly, equated with good governance. It was assumed facilely that all will be well, going forward.

But there was a serious misconception lurking in the undergrowth. No man, in himself, has the solutions for the problems of a country. We are not living in the age of magic! Governance of the democratic kind is a partnership between citizens and the State, based on mutual trust and shared commitment to justice, welfare, and fellow feeling. The idea that one man holds the rein of a nation and that he will, single-handedly, lead the country to the Promised Land is an imperial myth. It mocks the fundamentals of the democratic culture; in particular, the distinction between ‘citizens’ and ‘subjects’. Subjects live in a monarchy, where their welfare is determined solely by the will and pleasure of the king. Citizens belong to a democracy where they are the authors of their welfare, dignity and destiny. Democracy is, after all, government by the people.

Democratic governance is about ‘leading’ a people, not less than commanding them. Ever since the pandemic broke out, the Prime Minister has been telling us–if he has told us anything at all—what we must be doing and the adjustments and sacrifices we have to accept.

A lock-down was slapped on the country precipitously, causing massive and miserable dislocations in the lives, especially, of the most vulnerable and un-provided-for sections of the society, like migrant workers. It was justified as necessary for ‘buying the time’ necessary for putting the required health facilities in place. The second killer wave of the pandemic now reveals that nothing much has been in this direction, especially in rural India, where people find themselves abandoned by the state to their plight. There is none even to count the dead in the COVID-ravaged villages.

This raises yet another issue basic to good governance. Governance is not only about ruling but also about helping the people. A demagogue may take pride in the size of the people he rules over. Frequent references to ‘my hundred and thirty-five crores people’ do not mean that they matter to him in terms of their welfare. They matter as it turns out, only as markers of a leader’s importance. This marks the difference between a statesman and a demagogue. A statesman loves the people for their own sake; a demagogue loves the people for his own sake. This highlights a fundamental flaw in the idea of democratic governance, which is deemed a one-way street. Everything flows into New Delhi; very little flow out of it. The people must do their best for the country, but the country need not respond in kind. People exist for the sake of the State; the State does not have to maintain a caring attitude towards them.

Take the case of vaccination, which is, as of now, the foremost means to save lives and to contain the pandemic. Even in the United States, where a majority of the citizens can afford vaccinations on their own, the State is vaccinating them free of cost. In our case, even if the citizens are willing to pay for it, vaccines are not available to them. The federal government exercises total monopoly over the availability of vaccines, even as it leaves the two manufacturers a free run on pricing the vaccines. The Supreme Court of India opines emphatically that the government has the power to control all aspects of vaccine production and supply. It also wonders why other potential manufacturers are not allowed to come into the fray. The Serum Institute, Pune, to which Rs. 3000 crores of taxpayers’ money has been paid by the government, wants to export millions of doses of vaccines, even as Indian citizens are running here and there desperately for vaccines. The Institute has stated its intention to invest Rs. 2500 cores in the UK–a lion share of the money given to it by the Government of India—to set up vaccine producing facility in that country. Such a scenario is unthinkable in any other country in the world!

Let us turn our attention to rural India, where people in their millions are abandoned to face this deadly pandemic all by themselves. There are no hospital facilities to care for the infected and the dying. Nor do they have space at home to lie down, rest and, if their luck holds, to recuperate. Many of them are shifted to open fields. The luckier among them are under trees with sufficient foliage. Branches of trees serve as IV-transfusion stands. A member of the High Power Committee constituted by the Supreme Court to oversee the allocation and supply of oxygen to various states stated on a national TV channel that it is good for the rural victims of the pandemic to be in the open air. They get plenty of fresh air and, presumably, an unlimited supply of nature’s oxygen-free of cost! It is obvious that it is good only for ‘them’, but not for ‘us’. What is ‘good for the wretched of the State-forsaken Bharat is not good for the citizens of glittering India.

Bodies have their way of telling the truth. Dozens of them wash ashore along the Yamuna; reportedly, also of the Ganga. They have occasioned a debate. Did they originate in Yogi’s Uttar Pradesh or Nitish’s Bihar? No one asks: how did they die? Do they die gasping for oxygen? Did they die at the gates of hospitals to which they were denied admission for want of beds and oxygen? Did they die before they could even be tested? Are they counted among the COVID-dead? More importantly, why were they flung into the river? For want of firewood to cremate them? Or, because of the utter exasperation of the relatives who are at their wit’s end? When death dances all around, the dead become a dead-weight. When deaths are reduced to statistics, a dead body is only a corpse; so much weight, sans any personal significance. Or, where the bodies thrown into the river as a searing protest?

While all this is happening, the Central Vista Project, estimated to cost a whopping Rs. 20,000 crores are progressing in full steam and great style. The COVID protocol does not apply.

Hundreds of workers are amassed at the site. We know precious little about the conditions under which they work. Are these workers double-vaccinated? Are they getting infected? If they are, are they getting treatment and care? Who pays for it? Nobody knows.

That brings us to yet another aspect of governance. Good governance should not have to be protected through an information black-out. It is not rocket science that you would like the good work you do to be known far and wide. After all, a great deal of money is being spent on propaganda, projecting the efforts of the governments –at the Centre and in states- in fighting the pandemic. The India Today channel was positively mischievous the other day when it intercut its investigative reporting on the abysmal COVID scenario in rural India with the advertisement of the Uttar Pradesh government projecting the heroic efforts made to cater to the needs of the people. Going by the advertisement, Uttar Pradesh should be a paradise for the infected. Going by the media report, it is a veritable hell, especially for those in the rural hinterland.

It is infantile to assume that the gravity of a crisis can be managed by suppressing awareness about it. This may be justified on the alibi that panic should not spread. But why not? Panic, about a people, is like pain concerning an individual. Pain is the defender of life. If you have stepped on a thorn or a piece of broken glass and the foreign body is lodged in your flesh, you feel the pain of it. Through pain, the body cries out for remedial attention. Instead of attending to your wound, you suppress the awareness of pain. What happens? It festers. It may lead to the amputation of your leg. This is true of the collective sphere as well. You could kill millions by trying to save them from panic. Truthful, adequate information alone can empower people to participate actively in saving themselves from this pandemic. Strangely, ignorance is deemed more beneficial than information!

Of course, some things can be hidden. But some issues cannot be hidden. You can hide what pertains to a small group of people. But how can you hide what is happening to an entire nation? If I am struggling for my life, or if I am struggling to save a dear one from death, and I see him or her gasping for oxygen, I will only feel enraged by the propaganda that all is well and that everything necessary is being done ‘on a war-footing to ensure everyone’s welfare. Pardon me, my mother is dying. My father is gasping. My brother, my sister, my son, my daughter is on the brink. No oxygen tanker is in sight. No Remdesivir. No, vaccine. No, nothing. My desperation will scream at the insulting lie spouted to my face. In the context of a killer pandemic, muzzling information will prove counterproductive.

M. K. Stalin, the new Chief Minister of Tamil Nadu, seems to have recognized this. He promises total transparency. Time alone will tell if this is a genuine commitment or the fleeting zeal of a newcomer to governance. For the sake of the people of Tamil Nadu, let’s hope it is the former. The government of Kerala has been, comparatively, more transparent in matters relating to the spread and the devastation of the pandemic from the outset. As a result, the people have developed a sense of partnership in fighting this scourge. And see the flattering electoral dividend it has paid. Yogi Adityanath in Uttar Pradesh and Pinarayi Vijayan in Kerala are a study in contrast. The former files FIRs (First Information Reports) on those who cry out for help; initiates action against hospitals that send S.O.S when their oxygen stocks run out. The latter is open and keeps the people informed almost daily on the state of Kerala vis-à-vis the pandemic. Yogi has suffered a setback in the recent panchayat elections. Vijayan has achieved a stunning, historic win in the assembly elections.

But, will the rest of India heed its underlying message? Or, will it be lost in the blitzkrieg of propaganda, erected on the dogma that public memory is short and that the common is a fool, who can be led by the nose as and when the time comes? 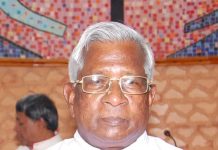 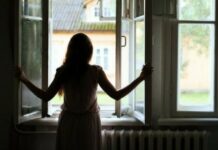 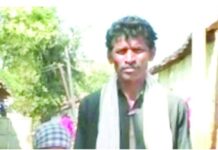