Sometimes, you just have to act casual and wait politely to make history. In a country that would soon okay a second term for Prime Minister Narendra Modi—heralding an age where Indianness would be sieved by religion and personal rights and freedoms would be curbed dramatically—Sneha Parthibaraja became the first Indian to win the right to have no caste or religion.

On Feb. 5, 2019, two months before the general election, Parthibaraja, a communist lawyer from Tamil Nadu who fought a nine-and-a-half-year long battle, got a no-caste, no-religion certificate from a sub-collector in district Tirupattur.

Parthibaraja describes her nearly decade-long fight as a waiting game. “I never argued with officials,” the 37-year-old says over the phone. “I just waited and waited.” In that time she gave birth to two daughters, became a notary public, and went on a Himalayan trek.

“I never complained that I had been waiting so long,” she says. “I just followed up, again and again. I called and went to the office. I didn’t want to expose that it was a big, serious venture. They (officials) thought it was simple.”

When she got the certificate, the government official requested her not to make a big deal of it. “Keep it to yourself,” he said. Parthibaraja says she did— for a week. Then she wrote a Facebook post about the development. In the next few days, she made news across the world. Overnight, she had a global platform to discuss equality for all, an issue close to her heart.

In a country where caste-based atrocities continue to rise steadily and the campaign against interfaith love has gone from stray vigilantism to codified state law, the quest for alternate narratives of the ways in which we live and love seems more urgent than ever.

Parthibaraja sees ‘love jihad’ as “conservative religious terrorism”; everyone should be free to love who they want, she believes. Her family brims with intercaste marriages. Her parents gave their three daughters names that reflected different religions—Sneha, Mumtaj Surya, and Jennifer. It’s a relief to hear Indian stories that upturn closely-held ideas about caste and religion.

Like the one about the judge who said the right to religion also means the right not to have any religion.

The court said a school cannot reject admission on the grounds of non-disclosure of a child’s religion. “I am also prima facie of the opinion that the freedom of religion guaranteed under Article 25 of the Constitution includes freedom not to profess any religion,” the Decan Chronicle quoted Andhra Pradesh High Court Judge CV Nagarjuna Reddy as saying, in an interim order to DV Ramakrishna Rao in 2010

Rao and S Clarance Krupalini have an intercaste, interfaith marriage. They have been fighting since 2010 to leave the religion column blank in all the paperwork that crops up in one’s lifetime, from school documents to the census.

Rao wants the court to prioritise his pending petition before the next census, due in 2021. The census offers citizens the following options under the religion column. 1. Hinduism 2. Islam 3. Christianity 4. Sikhism 5. Buddhism 6. Jainism 7. Zoroastrianism 8. Others/Religion not specified. Some 28.7 lakh people picked the last option in 2011.

But Rao believes this option sounds almost like a reprimand.

“It sounds like that fellow was not co-operative and refused to tell us his religion. The tone of it finds fault with people like us.”

He wants another column to be added: No religion, no caste. He even wrote a change.org petition about it.

Rao is a rationalist who wants religion to be kept out of the workplace and educational institutions. He doesn’t believe in political heroes or supernatural forces. “We believe that to bring good in society we have to fight collectively. And that together, people have the energy to rewrite history, to fight for a better way and hail a better day.

” Like Parthibiraja, Rao’s story inspires others to demand the same right. Last year his friends David and Rupa filed a public interest litigation in the Telangana High Court asking that their newborn son Ivan Rudae be given a No-Religion-No-Caste identity.

Some parts of the world have formalised their acceptance of those who opt-out. The European Union guidelines on freedom of religion, for example, state that “persons who change or leave their religion or belief, as well as persons holding non-theistic or atheistic beliefs should be equally protected, as well as people who do not profess any religion or belief.”

To battle prejudices against the right to no religion in India though, is a Herculean task.

A court battle won a 34-year-old Haryana resident the right to write his name as Ravi Kumar Atheist on all official documentation including his Aadhar card in 2018, but his single-minded pursuit of his right to assert his lack of belief in god and religion came at significant personal cost.

People called him crazy, his father contemplated suicide before finally coming around, his religious-minded employer at the animal hospital where he worked didn’t renew his contract and in that great Indian marketplace of caste and religion—marriage—he failed to persuade any prospective partners that his was the better way.

He had a Facebook romance with a progressive woman from Chattisgarh. For two and a half years they discussed how the ideas of equality and freedom play out in Indian society but when it came to marriage, her brother insisted on a Hindu wedding complete with all rituals. “Obviously I couldn’t agree to that,” says Kumar Atheist who is writing a book about caste, religion, and the idea of success.

“We are a young country where nobody has rights and freedoms. Young people can’t marry who they want. People destroy their children’s dreams. Politicians are self-proclaimed custodians of faith.” he adds.

Parthibaraja says the official was reprimanded for issuing her the certificate. But it was too late, the ripples were already being felt. About 300 km southwest of her, in Kotagiri, an hour from Ooty, some two and a half months after Modi was sworn in for the second time, three brothers got their no religion and caste certificate.

Though their names are spelt differently, fruit seller Selvakumar named his sons Rajaguru, Sugadev, and Bhagathsingh after the three famous freedom fighters who were hanged together on March 23, 1931.

elvakumar has always dreamt of a country where all are equal, and no crimes are committed in the name of religion and caste. “He gave us these names because he loves India,” says Rajaguru. Adds Selvakumar, “I want people to forget about caste and religion and just say they are Indian.” If you know where to look, inspiring Indian narratives are everywhere.

Priya Ramani is a Bengaluru-based journalist and is on the editorial board of Article-14.com. 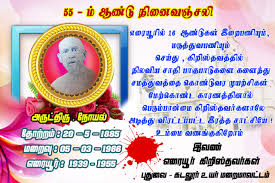