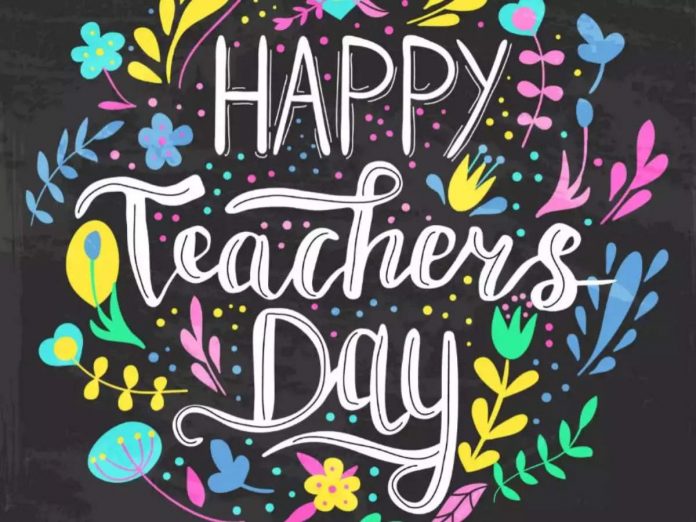 Every year, September 5 is celebrated as Teachers’ Day. Like our parents, it was our teachers who moulded us to be someone in society. I remember when I was a child, we used to have special events to felicitate our teachers.

I have come across many teachers in life, from primary school to university level. Some teachers are very dear to me, not only because of the way they taught me but also because of the kindness and the interest they showed me in becoming a better person.

I recall my first-grade teacher, way back in 1993, who was considered a good teacher.

Though she never taught me, she has made an impression. Again, at the age of 13, my 8th-grade mathematics teacher tortured me like anything to make me good at the subject. I hated her in the beginning but realized her efforts to transform me from an average student to a genius in class.

My headmistress was a strict woman, but she made me study the four evangelical gospels thoroughly, and I received many prizes in school and at the diocesan level Bible competition. I am grateful to these people today; I could come out of my timidity a bit.

According to the Manu Dharma, the teaching class was always the Brahmins. This made the lives of women miserable. Very few women have, with great difficulty, proved themselves equal to men. In many cases, they were women from the so-called dominant class.

Though there were many teachers, we still remember some and are grateful to them for what they have done for society. Whenever Teachers’ Day is celebrated in India, I remember Savitri Bhai Bhule, the first woman who instituted schools for girls. She had suffered so much in this struggle.

A social reformer, an educationist, and a poet from Maharashtra were insulted by dominant caste men on her way to school. She had to carry an extra saree in her bag as an extra sari because she would be assailed by her conservative opposition with stones, dung, and verbal abuse.

What made this woman educate herself and educate the girls who are oppressed in the Indian casteist society today?

Eraiyur is one of the oldest Catholic villages in the Archdiocese of Pondicherry, south India. Christianity was spread in the 16th century by the Mathura mission.

In 2008, the caste riot revealed that Christians did follow caste even after their conversion from Hinduism to Christianity. The village still has a dual cemetery, a dual hearse cart, no car procession in Dalit streets, and no bodies in procession in the main streets.

The first Dalit Christian teacher, Kaliyan Gnana Pragasam, was never allowed to sit in the chair at school and was called Para Vaathiyar (Pariyah Teacher).

In some places, the teachers belonging to the Dalit community are ill-treated, and they are not allowed to exercise their roles and responsibilities.

In 2018, A Dalit Christian headmistress from Tuticorin could not work in a school as she was disturbed by the dominant caste teachers from the same school. She is now working as a PG assistant in another school after the Dalit activists intervened and solved the problem.

Poet Sukirtharani from Tamil Nadu is a well-known Dalit woman poet and a school teacher who was invited as a chief guest on a television program on Vijay TV called Neeyaa Naana.

The conversation was between the government school teachers and the students. She said she always supports her students. This kind of comment would encourage the students to be special and motivate them to achieve big.

The next one is teacher Maha Lakshmi Kannan, a government tribal residential school in Tiruvannamalai in the Jawadhu Hills. She works for the education and empowerment of tribal children. When she joined the school in 2006, no children turned up at the school, and she went house to house in the hills to convince both the parents and the children.

She spent her resources and energy. She improved the children’s attendance from zero to 500. She has enrolled many students in college.

There are so many teachers working for the educational empowerment of the poor and neglected, but few are recognized. Many Dalit Christian teachers are denied recruitment in schools.

This is a case where no Dalit teacher from Eraiyur was appointed when the school was promoted to a middle school and higher secondary school.

There is no principal appointed from the Dalit community? The whole thing is dominated by the so-called dominant community of the village.

The Dalit Christian teachers came forward to address the discrimination in the appointment of teachers in the Archdiocese and formed the Eraiyur Dalit Christian Teachers’ Federation on September 19, 2021.

They brought this issue to the former Archbishop Anthony Anandarayar of Pondicherry-Cuddalore, but no action was taken.

When Bishop Peter Abir was appointed the apostolic administrator of Pondicherry-Cuddalore, he promised to do something about it, but in vain.

The teachers approached the educational secretary of the archdiocese and his reply was with a casteist attitude.

It is important to note that the school is built on land donated by the Dalit Christians.

The Dalit Christians demand the intervention of the government and to take control of the school.

Though teachers save and change the lives of students through education, they too struggle to be empowered.

They work hard, but they are not treated properly by the management. They face verbal abuse, and in some schools, they are pushed into sexual abuse.

In some private schools, the teachers do not have chairs in the classroom, and they do not have a staff room to ease themselves. They are under CCTV surveillance.

The teachers fought for our intellectual freedom, and now we must stand up for them as a token of gratitude and love. 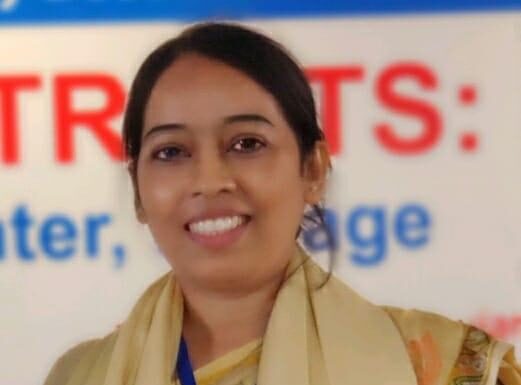