New Delhi, August 5, 2022: The National Council of Dalit Christians (NCDC), the Catholic Bishops’ Conference of India (CBCI) Office of Scheduled Castes and Backward Classes, and Dalit/Tribal/Adivasi Concerns of the National Council of Churches in India (NCCI) jointly organized a Dharna in Jantar Mantar, New Delhi on August 4 to protest against 72 years of discrimination and injustice to Dalit Christians and Dalit Muslims.

This order was promulgated on August 10, 1950, by the President of India, through which Scheduled Caste status was denied to all Dalits except Hindu Dalits. This is a grave injustice and religion-based discrimination in a secular nation and a denial of the fundamental principles of the Constitution of India.

Thol. Thirumavalavan, the founder and president of the Viduthalai Siruthaikal Katchi (VCK), joined the protest and supported the cause of the Dalit Christians.

Abdul Kalique, a Member of Parliament from Assam, promised to file a PERSONAL MEMBER BILL in Parliament about the Scheduled Caste status issue. He and Thol. Thirumavalavan said that they would raise the issue in Parliament.

“We are citizens of this secular and democratic country. It is unconstitutional that we have been deprived of our rights,” says Manju Devarapalli, national secretary of NDCW.

“We are excluded, sidelined, and discriminated against.” Is it because we are Christians? This cannot be tolerated. It is our demand, it is our right to be part of India,” adds Manju.

Under the Right to Information Act, Vincent from Purathakudi, Tamil Nadu, has requested the government to share information about the Central Information Committee constituted by the Supreme Court of India, says Advocate Franklin Thomas Caesar, the petitioner of the case.

The Supreme Court denies that there is no untouchability in Christianity, as the Church denies, and the Report of the Rangnath Mishra Commission was submitted in haste, adds Caesar.

About 300 people participated in the protest rally, including Muslims from Delhi, and Methodist Bishop Daniel from the Telangana Council of Churches, Father Raju Alex and Father Prabudas from Hyderabad, and others.

“We praise the Lord and pray that the 10th Black Day may be organized in a grand style all over the country,” says Father A. X. J. Bosco, former provincial of Andhra Pradesh Jesuits.

He heads the Jesuit-run Centre for Information, Training, Research, and Action in Secunderabad, Andhra Pradesh, and is also chairman of the National Council for Dalit Christians.

“I am happy to be part of the protest. We need to unite at the district level and organize a protest to obtain Scheduled Caste status,” says AC Michael, president of the Federation of Catholic Associations of the Archdiocese of Delhi (affiliated with the All India Catholic Union). 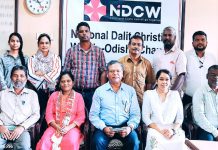 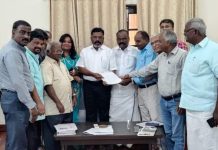 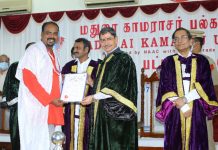 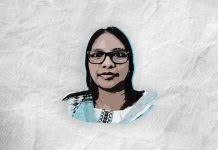