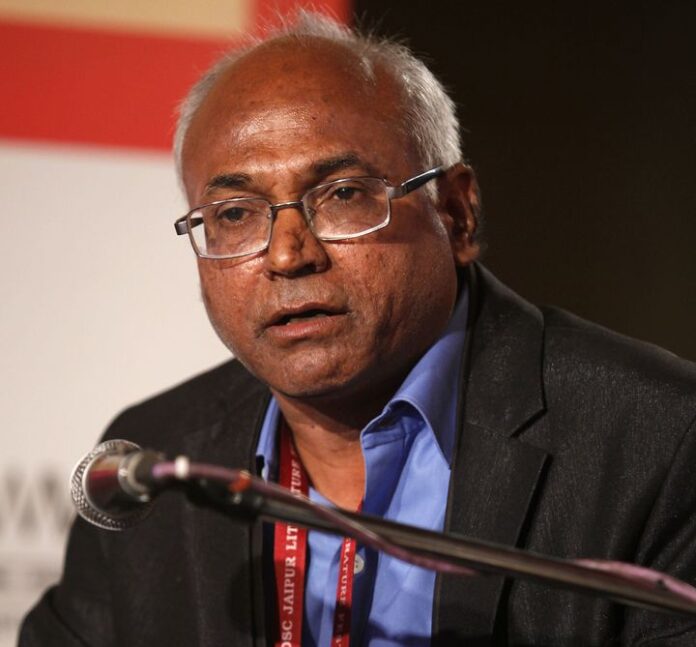 I got a strong philosophical foundation to assert my identity, wherever possible, writes Banavath Aravind.

I was introduced to Kancha Ilaiah’s work when I was about 20 years old. He was then in the midst of a controversy for a chapter in his book Post-Hindu India: A Discourse in Dalit-Bahujan, Socio-Spiritual and Scientific Revolution, which termed the Baniya community as social smugglers. During many of his debates, I had come to notice his undeterred fighting spirit in trying to bring up certain fundamental social issues that were hitherto undiscussed. I eventually came across some of his works and started reading them silently. I’m deliberately stressing upon the word ‘silently’ here, as this was the kind of silence particularly associated with sensitive social issues like caste, religion, etc. But, as I write this essay, I feel silences on sensitive issues should be broken.

Ilaiah opened up an entirely new debate that had the vigour and strength to counter the systemic Brahmanism. His methods of research were also novel in terms of going back to the roots of Dalit -Bahujans, whom Iliaiah refers to as ‘production communities’. In an era, where the gulf between academia and social reality is ever-increasing, he tried to bridge the two, which is the need of the hour. His work majorly revolved around productive masses and their contribution to the nation-building process.

Indian sociologists, mostly coming from the upper caste background, have not examined Dalit lives and tribal lifestyles to document their cultural differences from the mainstream Hindu society. This way of writing texts by overshadowing all such nuances of Indian society has been a major issue. In the context of all such limitations, Ilaiah emerged as a saviour of social sciences with his people-centric research work. His writings were/are devoid of elite jargon and are easily understood by the marginalised sections as well. His contemporaneous scholars tried to limit his reach by refusing to acknowledge his intellectualism, in vain. His first masterstroke against mainstream intellectuals took the form of his book Why I’m not a Hindu. His idea to quote instances directly from the lives of people refects a deviation from conventional ways of writing a book, but protected his work in the long run.

In his book Post-Hindu India, he refers to Brahmins as ‘spiritual fascists’ and Komatollu/Baniyas as ‘social smugglers’. He consciously separated these castes from the rest to highlight their historical non-participation in the production process. These communities were historically known for ‘‘intellectual discourse” which Ilaiah called a trade of conspiracies. He also added the suffix Shepherd to his name to assert the dignity of labour and to outgrow his local caste identity.

My understanding of Ilaiah

Ilaiah did not confine himself to abstract ideas, at random. But he worked out a systematic framework to express his dissent. For example, the concept of spiritual fascism (the system that excludes Dalit-Bahujans from becoming priests to have a direct connection with god, according to Ilaiah, is not democratic and is spiritually fascist in nature) has its roots in the idea of unequal birth of different castes, based on the different body parts of Brahma. Certain castes are considered to not even be created by god.

How could the upper castes accommodate the ‘uncreated’ castes into their structure of hierarchy and oppress them for centuries then becomes a valid question. Well, we do not get answers to such questions. Hindus have created an unintelligible caste system that is self-contradictory by any measure. But, the way we choose to respond to the challenges posed by Vedic writings is a crucial decision to be made.

Dr BR Ambedkar studied the Vedic texts more than anyone else and wrote a critique of them within the same unintelligible framework, showcasing the shortcomings of the Rig-Vedic period formulations. This has a lot of potential  to survive in the form of challenging the status quo with a counter text rather than completely striking down the system as illogical. This is where Ilaiah differs from Ambedkar in terms of his approach. Ilaiah has come up with an entirely different theory about the existing caste structure with a bottom-up approach. Some misconstrued this as sharpening the divisions within the society. But, he tried to explain the scientificity associated with lower caste occupations, like making leather out of dead animals’ skin, knowledge of food resources passed down by tribals, the surgical sense of the barber, and feminism of the dhobis and so on.

My life after Ilaiah

The inferiority complex associated with my social background started to slowly disappear as I read more of Ilaiah. I got a strong philosophical foundation to assert my identity, wherever possible. The utopian view of society, till then, which was a result of my ignorance was shattered with Ilaiah. I have started analysing the patterns of my immediate student environment. This took some time and mental energy but the process was intellectually stimulating.

A Telugu cultural organisation with students from all the four years was led by the seniors. In my batch, I have noticed the preponderance of students coming from upper caste backgrounds in the dominant positions of the organisation. Even if there were any from the lower caste, they primarily came from the upper class. To my surprise, I have even found that this hegemonic organisational structure was never questioned by lower caste students even though they were in good numbers. Their historical behaviour of compliance was clearly visible.

My initial friction with that organisation and members started after I had noticed that their design of any programme systematically excluded the marginalised. They used to link many programmes with monetary aspects and the obvious sufferers were those who studied on scholarships and were from a poor financial background. The upper caste organisers, being rich donors, would command more respect and have their say in the implementation part.

Several layers of discrimination like religion, region, class, caste were the major factors that determined relationships. After noticing that the majority of the professors come from upper caste backgrounds, I have understood the limitation of such pedagogy. I started searching for my way of overcoming such limitations by reading books written by Ambedkar, Ilaiah, and so on. This broadened my understanding in a tremendous capacity. For an inclusive environment to prevail in the universities, I propose that there should be space for voices such as Ilaiah from historically excluded sections. That space would democratise knowledge generation and dissemination processes which come about when universities have professors hailing from diverse backgrounds with diverse exposure. Ilaiah taught me that intellectualism doesn’t mean incomprehensible writings, but a dissection of social realities with sheer common sense, which is most uncommon.

Banavath Aravind is a post graduate student in sociology at Hyderabad Central University. 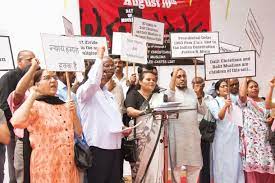