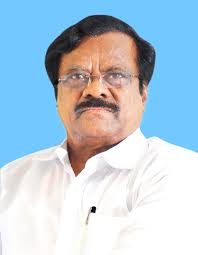 Dalit Christian Digest met him to know more about his work and DCLM Excerpts:

DCLM emerged as a people’s movement in 1990-91 in protest against the centuries of casteism and discrimination against the Dalits within the Catholic Church in India. It is active in Tamil Nadu and Pondicherry states. As Dalit Christians lost all hopes for justice and equal treatment from the caste dominant Catholic hierarchy and clergy, DCLM has to take up the public struggle to demand these.

Caste discrimination was going on for centuries unquestioned and adversely affecting Dalit Christians despite they comprise about 65% of the Catholics in India. But educational and employment opportunities in the Catholic minority institutions, other privileges and leadership positions were grossly denied to them. Thus they have been kept marginalized within the Church. This was challenged for the first time by DCLM.

This is fundamentally against the teachings of Christianity for equality, liberation to the oppressed people. A wider consciousness about these was raised among the church hierarchy, clergy and Christian community by the protests of DCLM. It is important for the faith itself and the progress and growth of the Christian community on the whole in India. The Catholic Bishops’ Conference of India (CBCI) brought out a ‘Policy for Dalit Empowerment in the Catholic Church in India’. The document acknowledges that “DCLM forcefully brought the prevailing discriminatory caste practices and consciousness within the Church to the centre stage”. Cleansing the Indian Church of casteism is the prime contribution the DCLM trying hard to make and it is still a long way to accomplish it.

DCLM as a people’s movement is committed to the values of human rights, individual freedom, secularism, democracy, and such values enshrined in the Constitution of India. It joins hand with civil society initiatives to protect these values.

What is DCLM doing in eradicating untouchability in the Indian Church?

The Catholic hierarchy in India has created a situation of confrontation by not responding at all to all the peaceful and reverential appeals through letters, Memorandams, and oral representations, but rather indifferently ignoring these. They resist overtly and covertly our demand for equal rights to Dalit Christians. The injustice has been done silently and subtly which is not visible to others including the Holy See and the world Christian community. The hierarchy and clergy only used to cover up it all. So, DCLM’s intervention from the beginning had to be confrontational. It had to awaken the Dalit Christians who were the silent victims, to assert the rights and give voice.

In certain instances, some court cases were also filed against some untouchability practices. Conduct public meetings and conferences to create wider awareness and the right understanding of the problem.

Through some media, we have raised the issue. We now try to highlight our just cause and struggle through social media also.

We also had several dialogues with the hierarchy and superiors of religious congregations and also with the Apostolic Nuncio in India.

During the past three decades, DCLM has been representing the Nuncio, Vatican Dicasteries and the Holy See as certain vital decisions, especially regarding the appointment of bishops/archbishops and cardinals in India are taken by them. The Vatican and the Holy See are unaware of the caste dynamics working within the Church to keep Dalit Christians in low status and the Catholic Hierarchy in India does not tell them the truth about it. This is the greatest hurdle we face.

I am involved in DCLM since its inception in 1990 and continue as its president since 1994. It has been a hard experience all along. We thought that the bishops, superiors, and clergy would listen to the voice of Dalit Christians and truthfully address their demands in the true spirit of Christian values. But our experience is the opposite. We find the Catholic Church in India is entrenched in caste culture.

The experience with the hierarchy and bishops individually has been quite disappointing and frustrating.

They deliberately fail to do the needful. The Tamil Nadu Bishops’ Council (TNBC) and CBCI even declared their Dalit policies, but not implemented. They use it just for a show that they are concerned about. They make special prayers for Dalits, observe Dalit Liberation Sunday every year, declare elegant statements for eradicating caste discrimination. But, when it comes to doing for Dalits they resist overtly and covertly and no bishop or superior takes responsibility. We are dismayed by their double standard and the kind of hypocrisy. They create a situation in which we are forced to protest in public, but then they try to criminalize our just struggle. The situation is made complex for us by their hypocritical behavior.

It also remains difficult for us to make the Apostolic Nuncio in India and the Holy See understand the truth and reality of caste discrimination in the Catholic Church. It is most unfortunate that they believe the misrepresentation and misinterpretation of the Indian hierarchy which at the same time thwarts our effort to communicate to them the reality.  We certainly feel that other Dalits in the Indian society get better treatment and justice due to the Constitutional protection and affirmative programmes of the governments, but no legal protection against the caste discrimination of Dalits within the Church. This makes it difficult for our movement to combat the casteism within the Church. Despite three-decade of DCLM’s effort we only feel losing our trust and hope in the Indian Catholic hierarchy and authorities.

It is well known that untouchability and caste domination existed from the early days of the Pondicherry Mission about 350 years ago, even before the Pondicherry-Cuddalore archdiocese was formed. Historically, in 1831 itself Dalit Christians in Pondicherry revolted against denial of equal place to them in the Cathedral, which is known as the ‘Pariah Revolution’ of Pondicherry. That legacy continues till now especially in the appointment of archbishop there and allowing Dalit priests in the top administrative positions of the archdiocese.

We are very particular now to end this situation continuing. We demand to appoint a Dalit archbishop in the present vacancy as only non-Dalit archbishops have been appointed there so far though Dalits comprise the majority. Dalit Christians have recently taken up struggles for that at the parish levels also. The casteist mindset of the diocesan administration remains formidable.

What are the plans of DCLM?

DCLM has to create wider awareness for greater mobilization of people. As the caste hegemonic behavior of the hierarchy has not changed, there is an absolute need for sustaining the struggle even more vigorously. DCLM may have to take up the matter with the Federal Government and even in the Supreme Court of India.

If the Nuncio in India, the Vatican and the Holy See do not intervene even now to stop the caste domination, especially denying appointing Dalit Bishops/Archbishops and other prelates, DCLM will have to organize the people to publicly show their resentment against them.

What are the challenges DCLM faced in addressing untouchability and how do you overcome them?

The challenges are many. The people are more piety oriented rather than justice-oriented. We have to convince the people that ours is justice-rooted faith.

The most difficult challenge is that the bishops and clergy who are to be our liberators are themselves the oppressors. I find the situation more formidable in the Church than in the Indian society since the Catholic hierarchy and clergy give a saintly face to the blatant caste discrimination they perpetrate against Dalit Christians by saying it is all ‘Grace of God’.

We have to make a sustained effort to organize the people to overcome the challenge, but the difficulty is the lack of financial resources. It is our conviction, courage and Christian commitment that helps to stand up to the challenges.

Do you share the role of women in DCLM?

Women participate in large numbers in all our programmes including public rallies and demonstrations. But their leadership role and taking up responsibilities in the movement is still marginal. We constantly try to encourage and involve them.

What is the DCLM’s involvement in Scheduled Caste (SC) status to Dalit Christians and Muslims?

DCLM is one of the pioneer organizations in the formation of the National Council of Dalit Christians (NCDC) in 2006 for securing the SC status to Dalit Christians and Muslims. It continues to play a major role in all the struggles in Delhi and the States of Tamil Nadu and Puducherry. Even before NCDC was formed, DCLM was taking up the issue and represented it to the Federal Government.

Please tell us more about yourself.

I was the co-founder president of NCDC, and now its national advisor. Apart from my roles in the DCLM and NCDC, I have been working for Dalits cause through programmes of social development and leadership, promoting higher education among Dalits in Tamil Nadu.

I suffered caste discrimination even as a young boy from a village and faced hurdles for education. I was in the faculty of Loyola College, Chennai for 36 years from 1970-2006 and retired as Reader and Head of the Post Graduate and Research Department of Mathematics. I am an academic by profession.

My mission all along has been to fight against untouchability and caste discrimination, especially within the Church. I have a conscience for my people suffering caste oppression in the Church. I am committed to the values of equality and justice for which Christ stood up and gave his life. I also have the intellectual ability to discern the unjust situation. So, nothing could stop me to struggle against it.