New Delhi: The National Dalit Christian Watch (NDCW) has written to the new Apostolic Nuncio to India to end caste-based discrimination against Dalit Christians in India.

The NDCW is a National collective and platform initiated by Dalit Christian leaders, theologians, priests, pastors, nuns, academicians and human rights activists belonging to various denominations. Since 2016, the NDCW is committed to promoting an inclusive Church and society without any discrimination and exclusion based on caste, gender, ethnicity, or community.

The Dalit Empowerment Policy of the Catholic Bishops’ Conference of India (CBCI) states that 12 million out of the 19 million Roman Catholics in India are from the Scheduled Caste origin who face numerous forms of discriminatory practices; and systematically denied proportionate space in the Church hierarchy, parishes, offices and institutions exclusively based on caste.

“Against this background, the NDCW engages with the Church to set right the historical injustices perpetrated against Dalit Christians, Devadoss said in the March 14 letter.

The NDCW is presently engaged, along with Dalit Christian and Human Rights Organisations in India to appeal and demand the appointment of Dalit Bishops in the present six vacancies in Tamil Nadu.

“All steps necessary to end all forms of caste-based discrimination within the Catholic Church; and as a decisive first step ensure that Dalit Bishops are appointed in the present six vacancies in Tamil Nadu – namely Pondicherry Cuddalore, Salem, Sivagangai, Kuzhithurai, Trichirapalli and Vellore Dioceses,” said Devadoss, a Dalit Christian leader. 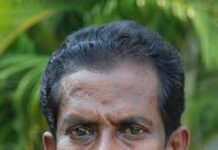 Dalit Catholics in India see new cardinal as a sign of...