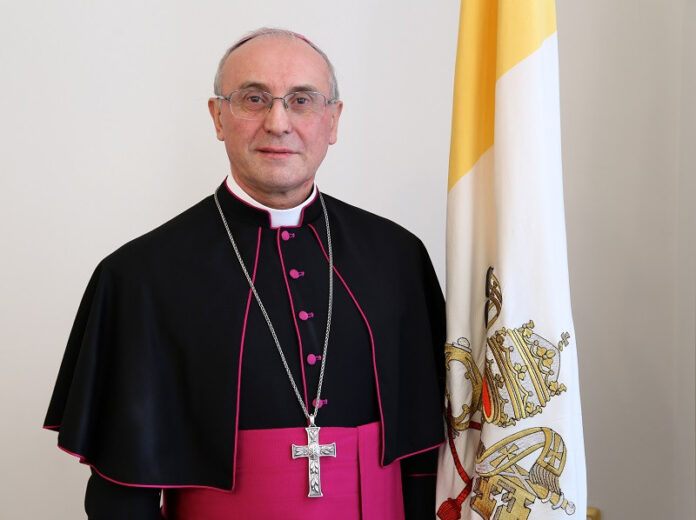 Archbishop Leopoldo Girelli, The Apostolic Nuncio to India and Nepal was invited to consecrate the Altar and to bless the renovated Shrine of Our Lady of Lourdes in Chetpet in the diocese of Vellore, Tamil Nadu, South India on February 2, 2022.

During his visit, he met the leaders of the Dalit Christian Liberation Movement and a delegation of Priests from the Archdiocese of Pondicherry – Cuddalore.

The delegations reported they were disappointed with the meeting with the Vatican ambassador to India.

In response to their report, the Apostolic Nuncio released a statement on February 7, 2022 clarifying the matter.

‘I appreciate the immediate response of the Apostolic to India. The previous Apostolic Nuncios have not responded so far to the memorandums of the Dalit Christians in India. But it is highly appreciated’ expresses Mathew Gnanapragasam, Convener of Tamil Nadu Dalit Christian Collation.

The apostolic Nuncio has openly agreed to the fact that caste discrimination does exist in the Indian Catholic Church and the Dalits who form the majority of the Catholics in India are the most oppressed. It is an open and honest statement after so many years of ignoring the caste evil in the catholic community bemoan Shalin Maria Lawrence, a Dalit Christian Woman Activist and a writer based in Chennai.

It is a welcome move. But the statement of Apostolic Nuncio is contradictory in nature as the data about Dalit representation in the administration positions of the Indian Catholic church shows a different picture. The facts and figures clearly show the caste discrimination practiced while appointing the Bishops in India says Maria Lawrence.

Dalits request the appointment as bishops not due to the reason “that they see it as position of power”, as given in the statement of the Nuncio rather they see it as a matter of “equal representation” and “human rights violation”.

As equality means equal representation too. Discrimination of the Dalit priests for Episcopal is against the laws of the Christian church and the world and appointment of dominant caste priests in the position has resulted in minimal service to the people.

The dominant caste bishops overlook or neglect the welfare and needs of the church which has majority Dalit population. They do not practice or preach equality within the church which is goes against the core of the Christian values.

Though the Dalit Policy of the Catholic Bishops’ Conference of India, 2016, admits the Caste discrimination in the Church, the efforts of appointing bishops or Archbishops have not done so far adds Gnanapragasam.

It is not true that there is no discrimination in the appointment of the Bishops from the Dalit community. In the past 15 years, there is only one bishop from the Dalit community was appointed in Tamil Nadu Responding to the statement, it is the first time that the Apostolic Nuncio issued a statement regarding the promotion of the hierarchical Dalit leadership and circulated among all the bishops in India says Father Lourdusamy S, the Former Executive Secretary of the Catholic Bishops’ Conference of India, and Commission for Scheduled Castes, Scheduled Tribes and Backward Classes.

He should ask the bishops of India to propose the Dalit candidates.

While thanking the Nuncio, we humbly request him to ask the bishops in India to propose the eligible Dalit candidates from their own dioceses. As he mentioned in the statement we want that his Excellency gives special consideration to the Dalit candidates who have been neglected in the past several years.

As it was declared in the CBCI Dalit policy leadership should be given in the administration of the Catholic Church according to the size or the percentage of the Dalit Catholics hope his Excellency to do the needful to render due justice and equal rights to the Dalit Christian community in India.

Therefore sharing of power of administration with the Dalit community is necessary to serve the oppressed people of India.

The reservation is given by the secular government of India to Dalits on the basis of social justice in order to bring them to the main stream of the society so that discrimination is abolished and equality is established.  Our prayer to the Nuncio to convene a synod or a National consultation.

He can also ask the Head of the Religious Congregations to propose the eligible Dalit Religious Candidates.

The Statement of the Apostolic Nuncio Archbishop Leopoldo Girelli,

The Apostolic Nunciature in India wishes to state the following clarifications about the meeting of the Oalit Christian Liberation Movement (DCLM) with the Apostolic Nuncio, Archbishop Leopoldo Girelli, that took place at Bishop’s House, Vellore, on 2 February 2022 and reported by some News Agencies.

The Apostolic Nuncio, willing to understand more the reality of the Dalit Catholic Community, has listened attentively to the grievances presented by the DCLM, stating that there is discrimination of Dalits in selecting the Ecclesiastical Hierarchy in India and the Apostolic Nuncios are held responsible for that.

Archbishop Girelli has replied that there is no discrimination in the selection of episcopal candidates and in the appointment of new Bishops. The responsibility of the Apostolic Nuncio is only to verify the priestly integrity of the candidates in order to establish their suitability for the office of Bishop, making no distinction based on ethnicity, caste, language or social status. In doing this, the Apostolic Nunciature stringently follows clear principles of the Holy See in the process of determining the Church’s leadership (Canon 377-378) .

In this process, the Apostolic Nunciature , aware of the contribution of the Dalit people in the Catholic Church in India , always gives consideration to Dalit candidates for episcopacy.

The Apostolic Nuncio also pointed out that the episcopal ministry in the Church is to be intended as a service to the people and not as a position of power.

With reference to the Dalit policy issued by the Catholic Bishops ‘ Conference of India (CBCI), the Apostolic Nunciature fully supports it and recommends its implementation as it states: “Caste with its consequent effects of discrimination and ‘caste mentality’ has no place in Christianity” (47).

In the Catholic Church, “the mutual sense of belonging is prior to the emergence of individual groups. Each particular group becomes part of the fabric of universal communion and there discovers its own beauty” (Pope Francis, Fratelli tutti, n. 149). 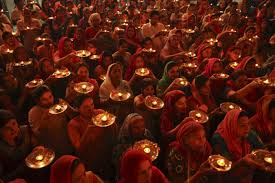