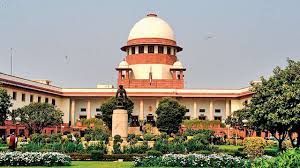 New Delhi, September 1, 2022: The Dalit Christians have waited 72 years for justice from the Union Government and it is going to be over.

The case came for hearing in Court 3 as item no.103 by a Bench presided over by Justice Sanjay Kishan Kaul, along with similar cases filed by others, says Lancy D’Cunha, national president of the All India Catholic Union.

The Solicitor General appearing for the Union of India could not give any valid reason for further delaying the matter and was directed to file an affidavit within 3 weeks.

The Court further directed all parties to submit their written submissions 3 days before the next date of hearing, i.e., October 11, 2022.

The case was filed in 2004. The government has been asking for time to respond, which shows that it does not have the will to do justice to the case. Dalit Christians have been asking the Union Government to give either a positive or negative reply.

All the commissions appointed by the government, especially the Justice Ranganath Misra Commission, have recommended including Dalit Christians in the Scheduled Caste list.

“We expect that the honorable court gives an ultimatum to the government to reply to the court,” bemoans Father Devasagayaraj Zackarias, former national secretary of the Catholic Bishops’ Conference of India, Office for Dalits and Backward Classes.

“We are also happy that the All India Catholic Union is actively involved in the case. This organization was the first one to write to the Prime Minister pointing out the discrimination committed against Dalit Christians,” adds Father Zackarias, a human rights activist.

Dalit Christians and Dalit Muslims have been denied Scheduled Caste status since the 1950 Constitutional Order, which states that “no person professing a religion other than Hinduism shall be deemed to be a member of the scheduled castes.”

This was signed by the then President of India, Rajendra Prasad, on August 10, 1950, and the Dalit Christians and Muslims have observed this day as “Black Day” since 2010.

The Order deprives the fundamental right to practice any religion-based discrimination, as enshrined in the Indian Constitution, Articles 14, 15, 17, and 25.

This privilege for Hindu Dalits was extended twice, in 1956 and 1990, to include Sikh Dalits and Buddhist Dalits in the Scheduled Caste category.

To challenge this infamous paragraph, a Writ Petition (No. 180/2004) was filed in the Supreme Court of India pleading for equal Scheduled Caste rights for Christians of Scheduled Caste Origin by deleting paragraph 3 of the Constitution (SC) Order 1950 by Advocate Franklin Caesar Thomas.

The Union Government requested the National Commission for Religious and Linguistic Minorities (NCRLM) headed by Justice Ranganath Misra to study the conditions of Christians and Muslims of Scheduled Caste origin and give its recommendation.

The Misra Commission Report brought out the fact that change of religion does not in any way change the socio-economic conditions of Dalits and substantiated the point that the Scheduled Caste’s net should be made fully religion-neutral like that of Scheduled Tribes.

The Catholic Bishops’ Conference of India and the National Council of Churches in India joined in this petition in 2013.

According to a study conducted for the National Commission for Minorities by Prof. Dr. Satish Deshpande of Delhi University, Christians and Muslims of Scheduled Caste origin have the same socioeconomic conditions as their counterparts in other religions.

The Presidential Order not only denies the freedom to practice a religion but also the right to be protected under the law of India.

Official Police Statistics of 2012 observe that 3 Dalit women are raped, 2 Dalits are murdered, 11 are beaten, and 2 Dalit houses are burnt. The Hindu Dalits are protected under the Prevention of Atrocities Act 1989 and the Dalit Christians are denied their rights.

They are denied opportunities in education, employment, or even contesting in the reserved constituency in elections.

The Dalit Christians converted to Christianity with the hope that they would be treated equally, but within the church, they face multiple discriminations like dual cemetery and church, dual hearse carts, and no car procession allowed in the streets of the Dalit Christians. The State denies them their constitutional right to be treated as equal citizens.

Conversion has not brought about any change in the social status of the untouchable convert. To the general mass of Hindus, the untouchable remains an untouchable even though he becomes a Christian. (See Dr. B. R. Ambedkar’s chapter on CONDITIONS OF CONVERT in Vol. v., published by the Government of Maharashtra.)

The case on Scheduled Caste status for Dalit Christians started with the late Soosai, a Christian cobbler from Tamil Nadu, a southern Indian state.

In the case of Soosai v. Union of India in 1985, the Supreme Court accepted that caste continues even after conversion, but said that there was not enough evidence that Dalit Christians after conversion were socially and economically as backward as Dalit Hindus.

The Soosai judgment goes against Article 15(1) of the Constitution, which prohibits discrimination based on religion.

Various public meetings and rallies at the national and state levels, including the demand for Dalit Christians and Dalit Muslims to be granted Scheduled Caste status. The case has been pending for 14 years.

Bakshi Masih, a Dalit Christian from Punjab state, died on February 24, 2009, during a rally in support of Scheduled Caste status.

The Delhi Police water cannoned the Dalit Christians on December 10, 2013, at Parliament Street and arrested hundreds of leaders, bishops, priests, and nuns.

The long-awaited silence of the Supreme Court and the Union Government should end to give hope to the 16 million Dalit Christians of India.