There are two sorts of Dalits among Christians. The first category comprises those who were Dalits before their parents or forefathers, became Christian. They stay Dalit. They are Dalits first, and Christians, second. But they are supposed to have been converted. To be converted is to be a new creation. The old is passed away. The new has come. That is what the church claims, admittedly, on a sound basis; for that is what St. Paul said. And St. Paul based this insight on the teachings of Jesus.

The second category of Dalit Christians is an unrecognized category. It is unrecognized for two reasons. First, it is an amorphous category. Second, this is the largest category. Christians in his category become Dalits because of how they are seen and treated by churches. A Dalit is a no-person; not by choice, but by compulsion. The literal meaning of the word is ‘broken’. One is broken as a human being by being denied freedom. To be free is to be. That is, the mark of a free human being is that he is free to match his conduct and his conscience and aspirations. Only in such a condition does human dignity become real. To live lifelong as appendices to a system, animated by interests that are alien to one’s wellbeing and understanding of the faith, is to live crushed. The Dalit-ness of this plight is not recognized, because it is widespread. Because it is widespread, it is taken to be the normal.

I am a Dalit Christian of the second category. It is a matter of singular pride and pure joy for me that I am. Jesus said, ‘Blessed are you when men revile you and persecute you and say all manner of evil falsely against you, for my sake.’ It’s strange to be a Christian, and not to be Dalit. The Cross of Christ attests to a Dalit identity. I feel uneasy, when it becomes the ornament of the hierarchy.

The very nomenclature Dalit Christian is an implicit rebuke on the church. In truth, one cannot be Christian and Dalit at the same time. But, the reality is that, barring a few Christians of privilege, most Christians are Dalit belonging to the two categories I listed. This contradicts the very idea of liberation and transformation. The Christian elite take the view that there are no Dalit Christians; because to be Christian is to be a new creation. But a majority of Christians are, in truth, Dalits. What does this point to? Why are we scared to address this reality?

It is time to realize that Christianity is the spirituality of Dalits. Make no mistake, Jesus was a Dalit. That was God’s choice. What does it mean to say, ‘the Son of Man has nowhere to lay his head?’ Jesus was not only landless, but also homeless. He was the foremost Dalit. Wasn’t he killed like a Dalit? Tried. Found innocent. Killed. Is that not the hallmark of the Dalit predicament? Are Dalits killed because they are guilty? Or, like Jesus, because they are Dalits. Jesus was killed, not for what he did, but for who he was. Is that not the Dalit predicament?

Do you think the elite are punished or killed? Does anyone believe that the elite-especially the religious elite-can do any wrong? My readers would be familiar with the Abhaya murder case. A nun from a poor family was killed and her body was dumped in the convent well. It took 28 long years for her to get justice. Why, the culprits are elite Christians. Alas, I didn’t see any Christian Dalit group raise its voice against this horrendous discrimination and injustice. If Abhaya were from a rich family, the case would have taken a different turn. Caste-wise she wasn’t a Dalit. Economically, she was. She was killed for no fault of her at the age of 21. She became a Dalit Christian, even if she wasn’t born to Dalit parents.

Lest my readers think that I am floating among clouds, here is a bit of personal experience. The very first thing I did, on becoming the principal of St. Stephen’s College, was to create a reservation for Christian Dalits. Hell broke loose. I was attacked from all sides. The Church of North India (CNI) led the charge. Bishop Pritam Sant Ram, who had retired by then, reprimanded me that I was out to destroy the academic excellence of the college. But that’s not my heartbreak. I couldn’t admit a single Dalit Christian. Why? Because no bishop, from any church, would certify the Dalit status of candidates. Bishops used to write to me, recommending the children of the Hindu elite. But I didn’t receive a single letter or certificate endorsing a Dalit Christian candidate.

Not only that, I was attacked for the entire duration of my tenure. Bishop Sunil Singh, the CNI bishop in Delhi, created a formidable front against me, incorporating some of the mightiest forces in the capital city. I lived in hell for nine years. During this entire period, I didn’t have the faintest expression of solidarity from any of my fellow Christians. I was a miserable Dalit all through. This is not a complaint; it is my testimony.

Madhya Kerala Diocese of the Church of South India, to which I belonged in my younger days, comprises 70% Dalit Christians. But, since its formation in 1947, only one Dalit has become its bishop. As a young lad, I attended a church which was known as pulaya church. The upper caste Christians from my area used to avoid this church and attend an upper caste church at a distance. The situation hasn’t changed much even today.

Christianity is a Dalit spiritual tradition. It came into being among the politically subjugated and the economically depressed. Barring the religious elite, who were comparatively rich, those who responded to Jesus were poor and famished. (Else, the miracle of feeding the 5000 need not have happened). The aberration that has befallen the Way of Jesus is that it has been hijacked by the socio-economic elite. This explains, in part, the shift from the ethical-spiritual teachings of Jesus Christ to Church ritualism. Spiritual ethics has a revolutionary and reformative scope. The first will be the last, and the last, first.

This seems a nightmare to people of entitlements. The best way to bury the ethical is to cover it up with the ritualistic. So, the Way of Jesus Christ stands reduced to Sunday liturgy. It has no power to impact lives and to set the people free. This is Good News to the Christian elite. But this is terrible news for Dalit Christians. It is because this hypocrisy is indefensible that many Christian theologians deny the existence of Dalits among Christians. To deny Dalits is to deny Jesus Christ; for Jesus was Dalit par excellence.

Dalit Christians have done, for far too long, a terrible disservice not only to themselves but also to Jesus Christ. By allowing themselves to be domesticated within the Dalit-denying hypocrisy of the church, and consenting to be a ghostly existence in the ecclesial backyard, they disowned their quintessential mission. The role of Christian Dalits is not to swell the numerical strength of churches. Their mission should have been to safeguard the Dalit culture and spirituality of the Way of Jesus. Christianity is nothing, if not Dalit. The core Dalit mission to the Church universal must be to convert the Church to the passion, anguish and meekness of Dalit-ness. This is an agenda that is waiting to be undertaken. 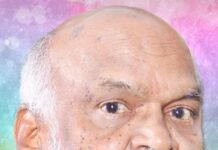 Op-Ed: Living and dying with COVID in India’s caste system